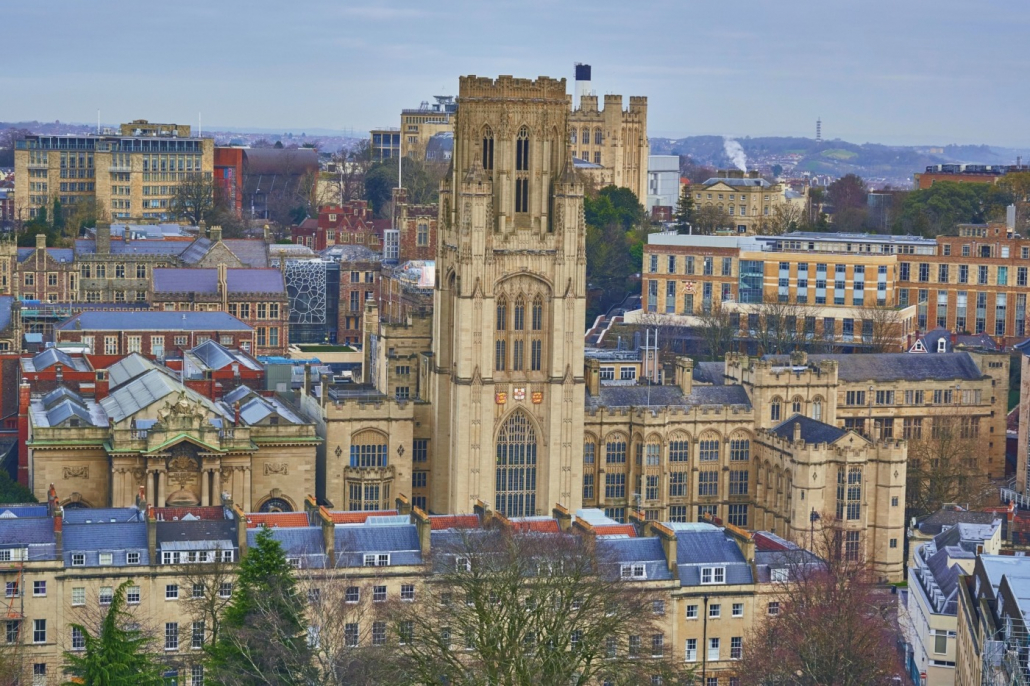 Established in 1876, the University of Bristol is an open research university that has been funded huge amounts by the Wills and Fry families as financial support. Initially, there were two professors and five lecturers offering courses in 15 subjects and the university began its classes with only 99 students.

Also, the University of Bristol is known to be the first university in the UK to accept female students. In 1893, the university got associated with the Bristol Medical School and in 1909, it collaborated with the Merchant Venturers Technical College. This association led to the opening of the well-known degree programs in the field of Engineering and Health Sciences.

The campus comprises of the famous Avon Gorge as its residential halls which were owned by George Oatley. After the UGC provided funds to the university, some new buildings were constructed within the premises. The new buildings were designed and built by Ralph Brentnall. The music department is built in British-style architecture.

The campus is known to be close to restaurants, cafes, departmental stores, and many shops that provide students with all the necessities required. Students spend a good time here in Bristol city of the United Kingdom. It is a lively city and is famous for its art, culture, and nightlife.

According to a report, generated in 2019, there are 20,311 undergraduate students and 7,202 postgraduate and research students in the university. Bristol University has the 8th highest admission qualification for undergraduate students. In addition, Bristol is among the four universities in the UK, which has been ranked best in all the six departments.